Our team at Coastal Realty Services can manage your rental property and help you find a home to rent or buy. We have a team of highly qualified associates and staff members committed to our mission of providing our clients with the best customer service in the area and maintaining the highest professional reputation in the Real Estate industry.

Our team is equipped with the latest technology and training in order to provide the best service available, and we look forward to the opportunity to serve you.

Are you maximizing your investment’s potential? Find out now!

Get a Free Rental Analysis
What Would My Home Sell For?

Agent of the Month


Born December 10 1964 in Hampton, Virginia, to Joseph and Rusty Capelotti, Joe began his life as a “military brat” to a very young Airman who had just begun his career in the United States Air Force. Joe had the opportunity to travel as a child to numerous different locations such as Germany, Thailand and Korea. His family settled down in Camp Springs, Maryland and he attended school there and graduated from Crossland Senior High. In order to pursue in his fathers footsteps as a United States Air Force as a non-commissioned officer, he enlisted in July 1983. Joe attended his basic training at Lackland AFB, Texas and his Jet Engine Mechanic Training at Chanute AFB, Illinois and then was assigned to Seymour Johnson AFB, North Carolina Soon after moving there, met his wife, Lisa Black, in 1984. They were married in 1985 and had their first child, Tyler soon after.

Joe and his family spent some time apart during his career as he received assignments to various parts of the world to include Rhein Main Air Base, Germany and Kirkuk Air Base, Iraq for Operation Desert Storm and Operation Iraqi Freedom. During this time apart however they did have the opportunity to increase their family size by adopting a 13 year old girl, Kara and making their family complete.

In 2005 Joe took the steps to set up his 2nd career by obtaining his real estate license and began helping his fellow military counter-parts, friends in purchasing and selling their homes under the brokerage of Coastal Realty Services. Joe's military career came to an honorable close in Aug of 2009 when he officially retired from the USAF after 26 years and later took on a position as the Maintenance Director for the same company and their 600+ rental program.

In 2010, Joe was selected to become the new Director of Property Management and began the task of building a bigger company within the real estate realm and the property management division. He revamped and aided in building the program to a total of 850 doors managed along with a team of 8 people to include his son and daughter as newly licensed and active property managers. Meanwhile, personally, Joe and his wife had taken in their 13 year old niece also since 2015, Summer Black, and are currently navigating the adoption ropes once again.

In 2016 Joe took on the position as Vice President of Sales for the same company and is continuing to help build successful teams and partnerships with other local agents within the community. He volunteers weekly to lead the Ft Walton Beach MLS Tour and has spent the last year working within the Professional Development Committee helping to build “hands-on” training sessions for local Realtors appropriately called WorkShop Wednesdays.

Joe has not let his dedication to the Realtor profession sit idle. He continues working his personal development by completing the 100 series for his GRI and has completed the requirements to carry his SRS designation. He has currently been working diligently with the ECAR Professional Development Committee to lead the development of a course geared towards new agents in helping them move closer to becoming proficient and ensuring their customers confidence in the Realtor community remains high and the new agents success is solidified as much as possible. The YESS (Your ECAR Success Strategy) Designation course is on track to begin in the first quarter of 2021. He also was the Vice Chair of the ECAR Leadership Development Program where he assisted his class in the development of a Scholarship program for new agents that qualify and are selected by a judging panel to become agents in the area. Joe's commitment to ensuring the Realtor Profession as well as his local associations ability to strengthen their community awareness and trust is unsurpassed and on display daily within his Realtor family. His high respect and trust amongst his peers is always evident. This was also highly evident with his selection as Vice President of the Emerald Coast Association of Realtors for calendar year 2021 and onward to President in 2023 as well as his selection for the 2020 Ft Walton Beach Realtor of the Year and 2020 Emerald Coast Association Realtor of the Year awards. 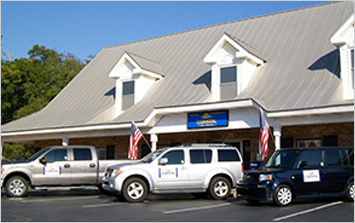 Coastal Realty Services is unique in that it offers relocation services to ALL renters and home buyers moving into and out of the area, including international moves. 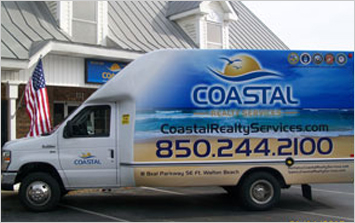 Coastal Realty Services offers a 14 foot Ford Aerocell moving van as a courtesy to all of our buyers, sellers, tenants and local non profit organizations for local transfers. 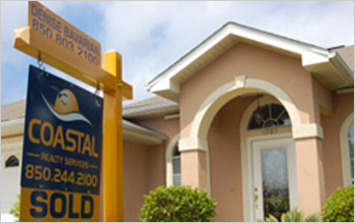 Coastal Realty Services is a local family-owned company, founded in 1973. Our team will provide the best service available, and we look forward to serving you.

Get in Touch
Coastal Realty Services

How to be a good landlord/property manager:
1. Run Your Property Like a Business. Some landlords do a terrible job at running their business. It might be because they see it as a “side-gig” or a hobby” more than a business. However, when you treat your business with the respect, systems, and organization that you would treat...
Read More >>
How to be a good tenant
1. Read your lease. No, seriously read it. It won’t be the most exciting night table material but you’ll thank yourself when you do read it. A lease is a binding legal contract. It creates a binding relationship between you and your landlord. What are you agreeing to? If you don&rsq...
Read More >>